Tag Archives: today is the golden age of education in America

The Golden Age of Education in America is Today

The United States has never had a Golden Age of Education unless it is happening today, but the media and politicians with political/religious agendas—without exception—misrepresent the truth.  The art of deception is based on picking the facts you want the public to hear, and what’s left out of the message is what leads people to believe something that is false.

For example, the Smithsonian Magazine reported on July 30, 2013 that No, You’re Probably Not Smarter Than a 1912-Era 8th Grader. I wanted to read this piece when it first came out but didn’t get a chance until August 8th.

The piece goes into detail showing the sort of questions 8th graders were expected to know in 1912. What the Smithsonian does not mention is how many children were attending 8th grade in 1912 compared to today.

In 1912, 61.3% of 5-to-19-year-old whites were enrolled in school and less than 10% would graduate from high school. That percentage was even lower for Blacks and other races.

There is a huge difference between less than 10% of children motivated to learn who have supporting parents and the ninety percent of children who did not.

In fact, in 1918, every state required children to only complete elementary school.  And a movement in 1920 to extend compulsory education to 12th grade failed and would not be revived until after World War II.

WiseGeek.org says, “Prior to the passing of compulsory school attendance laws, education was primarily localized and available only to the wealthy, and it often included religious teachings. …

“By the 1950s, compulsory education had become well established, but the K-12 education system was really still in its infancy. Schools were still primarily localized, but education was no longer available only to the wealthy. Even in the 1950s, however, segregation by race was still common practice in public schools in the US.

“Then in 1954, in the US Supreme Court case Brown v. Board of Education of Topeka, Kansas, the Supreme Court ruled unanimously that racial segregation in public schools was unconstitutional.”

The Smithsonian piece is misleading because in 1912, students attending school were there because their parents believed in the value of an education, and sending children to school was still a luxury for most Americans who could not afford to send a child to school or felt an education was a waste of time.

Back then, many poor parents even sold their children as young as age five into servitude in the coal mines or factories—those children never had a chance to go to school. In some industrial cities, half the workforce was made up of children, who were much cheaper to employ and easier to manage than teenagers or adults. In some states it was also legal for parents to sell children into prostitution.

How bad was it? For example, in 1916, President Wilson pushed the Keating-Owen Act through Congress barring interstate commerce of goods produced by child labor, but a conservative U.S. Supreme Court ruled in 1918 that this law was unconstitutional because it infringed on states’ rights and denied children the freedom to contract to work. Source: Scholastic.com [recommended reading]

And in 1912, there was no parent-driven self-esteem movement that values dreams, having fun and feeling good over working hard to earn an education. There was also no TV, no video games, and no cell phones. A lot has changed in the last century.

I also compared the high school graduation rate for 17/18 year olds in 1912 with today. According to A Hundred Years Ago.com, “only 20% of youth attended high school in 1911 and less than 10% graduated.”

Today, even most high school dropouts are better educated than 90% of Americans in 1912. Since 1968, the US high school graduation rate has fluctuated in the 70% range and it has never been higher in the history of this country. In 2012, Wisconsin had the highest rate at 90% with Vermont a close 89.6%.

In 2012, The Washington Post reported, “Researchers found that graduation rates vary by race, with 91.8 percent of Asian students, 82 percent of whites, 65.9 percent of Hispanics and 63.5 percent of blacks graduating on time.”

If you are interested in the graduation rate of each state, click Governing.com, and you will discover that even the state with the lowest graduation rate today beats 1912 by a wide margin.

Do not be fooled again, because politicians, the media and critics of public education will keep telling us that the public education system in America is failing, but now you know the truth. It’s not perfect but it has never been better and it is still evolving—for better or worse.

Discover Educating Children is a Partnership 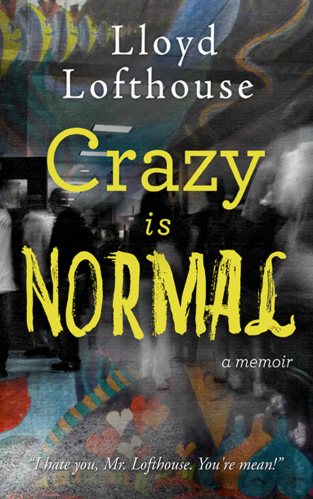