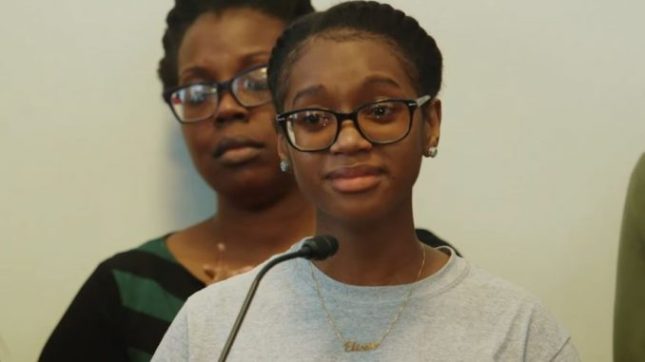 On Tuesday, Dannah Wilson, a 17-year-old student in Detroit came to Washington, D.C., with a message for Betsy DeVos, the current nominee for Education Secretary.

After three hours of confirmation hearings, DeVos was nowhere to be seen.

Running on only 3 hours of sleep and after waiting for 7 hours to speak with DeVos, Wilson spoke, instead, to people who would listen – a gathering of members of the AFL-CIO.

Her powerful statement was…

Posted by Lloyd Lofthouse on January 23, 2017 in Uncategorized