The Insane and criminal demands on our public schools and children

President Obama visited the University of Chicago in January 2014, and said, “We know that not enough low-income students are taking the steps required to prepare for college.”  He said this because No Child Left Behind, his Race To The Top program, and Bill Gates Common Core agenda demands that 100% of all U.S. children grow up to be college and career ready when they leave high school.

Why do I think this is an insane and criminal goal? The first part of my answer is simple. According to the College Board, the average cost of tuition and fees for the 2013–2014 school year was $30,094 at private colleges, $8,893 for state residents at public colleges, and $22,203 for out-of-state residents attending public universities.

Presidents G. W. Bush and Obama are selling parents and children a fantasy that everyone can go to college and end up with a college career job, but that is not going to happen.

Currently, the U.S. has almost three college graduates for every available job that requires a college degree (according to the Bureau of labor Statistics), and I’ll bet not many people know that AT&T stores—for instance, where people go to buy mobile phones, TV’s and Internet access—are mostly staffed with college graduates who sell the services AT&T provides.

When I was working my way through college with some help from the GI Bill, I stocked shelves and sold shoes working at a J.C. Penny. I also bagged groceries in a super market and finished up college with a job at a Gallo winery one summer. None of these jobs required a college degree, and a job selling mobile phones at AT&T shouldn’t require it either.

If we take the lowest college cost at almost $9,000 annually, four years of college would cost $36,000, but 26% of the jobs in the U.S. don’t even require a H.S. degree and another 40% only required a high school degree.  If we go with the highest cost, in four years, a college degree would cost more than $120,000 — for a possible job selling mobile phones for AT&T!

Because the U.S. has the 3rd largest population in the world, it is currently the most educated nation in the world when we look at gross numbers and not ratios because ratios can be misleading when a country only has 35.16 million people like Canada does.

Yes, Canada does have a higher ratio of college grads then the U.S. In 2012, Canada was ranked #1 with 55.8% of adults having college degrees, but 35.1% of those graduates are in jobs that are not related to their education. If we subtract the 10.1 million Canadians that are age 0 to 24, that leaves 25 million or 14 million college grads compared to the U.S. that has more than 108 million college grads—almost 8x the number in Canada, and more than 3X the entire population of America’s northern neighbor.

When corporate education reformers want to make America’s public schools look bad, they don’t mention the 108 million college graduates in the U.S. What they do is just mention that Canada has a higher ratio of college grads than the U.S.

But PBS reported that only 27% of the jobs in the United States require a college degree.

Glendon Cameron knows what he is talking about.

The corporate education reform movement that President Obama and Bill Gates support is a war being waged against the public schools because of the 11.85% of Americans who never graduated from high school and most of these citizens grew up in and still live in poverty—something Obama and his most powerful and wealthiest supporter, Bill Gates, are doing nothing to change. But Bill Gates is spending $5 to $7 billion to wreck America’s public schools and turn our children over to autocratic corporations to teach.

Did you know that corporate Charters are suspending and kicking out at-risk and difficult to teach children in much larger ratios than the public school have ever done?

I think the U.S. should focus more on dealing with the damage caused by children living in poverty and stop demanding that the public schools make sure every child is college and career ready.  But—thanks to the President, Bill Gates and Arne Duncan, the Secretary of the Department of Education—in 2010, 62.5% of high school grads went directly to college expecting to graduate and find a high-paying secure job. HigherEdInfo.org

A lot of young Americans are being lied to, and a lot of public school teachers are being persecuted and punished for not achieving impossible goals set by criminals and con men — because not one country in the history of the world has ever educated 100% of its children to be college and career ready.

Not even Canada where the functional illiteracy rate is 42% or some 12 million adults aged 16 and over. Reverse that and functional Literacy is 58%. In 2003, the Document U.S. Functional Literacy level was 66% for Intermediate and Proficient. The U.S. scale is based on four levels: Below Basic, Basic, Intermediate and Proficient. In Canada, literacy is divided into five levels with level 3 as the internationally accepted level of literacy considered necessary for meeting the demands of everyday life and work in an information-based society, the same as level 3, the Intermediate level, in the U.S.

Lloyd Lofthouse is a former U.S. Marine and Vietnam Veteran, who went to college on the GI Bill, and  taught in the public schools for thirty years (1975 – 2005). 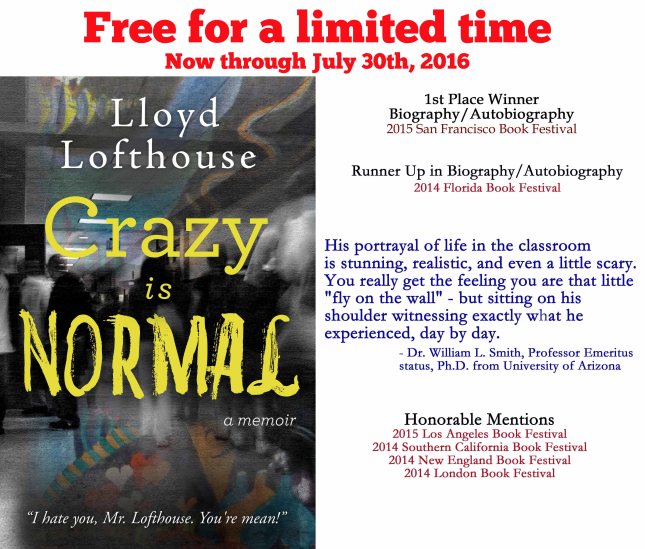 Posted by Lloyd Lofthouse on January 9, 2015 in American Public Schools, child poverty in the US, Common Core, Education, NCLB, Obama's Race to the Top, politics, propaganda and lies, Public School

Tags: Does every child have to be college and career ready, is a college education for eveyrone, Why NCLB is wrong, why Race to the Top is wrong, why the Common Core is wrong

← The Killing of Mary Thorson
James D. Kirylo: How to Improve Teacher Education →