Civil Disobedience and No Child Left Behind – Part 3/9

As far as public education is concerned in the US, both political extremes believe (or manufacture belief) that public education is a failure and the reason for poverty and crime in America is that teachers supported by their unions are not educating every child equally.

On the left, we have idealists that have been struggling to rid America of poverty. After President Lyndon Johnson’s War on Poverty failed, the focus shifted to public education to find a reason.

However, the political right may say one thing by denouncing teachers and their unions, but is pursuing another agenda, which is discrediting then dismantling public education in favor of a private system. See Vouchers: Who’s Behind It All?

For example, a few years ago, I read a quote from a republican running for the U.S. Senate that blamed public education for all criminals that went to prison, and Americans have been hearing similar messages for years to the point where those that swallowed the lies will not accept any fact that explains why this is not true.

In addition, for the political left to admit that there are challenges in this country that no one can overcome would mean admitting that they cannot engineer society to fit the ideal paradise they imagine where all children of all races prosper, have a very high sense of manufactured self-esteem and have fun every day.

This is why both sides refuse to recognize the insurmountable problems that are cultural and socio-economic in nature, which teachers (and their unions) cannot fix just because the No Child Left Behind Act says they have to or else.

The reason I am pointing out the differences between the public education systems in the United States, Finland, China and Singapore is to make a point.

If you did not watch the video in Part 2, here is a summary of Finland’s public education system.  Finland does not have the problems America has with illegal immigrants, and its population is more than 95% Caucasian with similar cultural beliefs, which includes a strong support for education that starts in the home with a parent or parents teaching their children before starting school at age 7 for shorter school days than most countries.

Critics of the teacher unions in the US will not tell you that one of the best education systems in the world (Finland) succeeds with 95% of the teachers belonging to unions and 97% of the students attending public schools in a country with one of the largest welfare systems in the world. The obvious difference is Finish parents value education and support it by starting years before their children enter the public schools.

On August 3, 2011, we will discover public education in China and why it works in Civil Disobedience and No Child Left Behind – Part 4 or return to Part 2 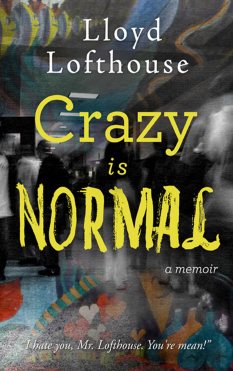