Civil Disobedience and No Child Left Behind – Part 1/9

This post supports “civil disobedience” among teachers when the situation warrants it, which is why I feel it may be right for teachers to help students cheat on standardized tests that are mandated by The No Child Left Behind Act (NCLB).

One individual I will call Mr. Morally Correct, sent me an e-mail on this topic. He wrote, “There (are) instances where it is morally right to lie for the greater good such as to save a life, to save another person from violence, etc.

“However, when a person voluntarily puts himself into an untenable situation and then attempts to claim a lie is justified for the greater good that is immoral and not excusable.”

Mr. Morally Correct then wrote, “Teachers working in the unionized public school system voluntarily put themselves into a corrupt system. The state faithfully paid administrators and teachers to educate children, and these individuals faithfully cashed their checks knowing they (were) failing their contractual obligation. When the state implemented tests to insure they were receiving what was paid for, teachers cheated to conceal their ongoing decades old fraud.”

Mr. Morally Correct ignores facts that prove about 80% of children (mostly White and Asian-American) are succeeding in the public schools according to the NCLB Act, and he bases his claim that the public schools are failing on the minority of students that are not showing gains.

I recommend watching this half-hour video since it points out several factors why failing students fail, which the NCLB Act does not address. For example, one reason scores are not improving in poor performing schools is due partially to the high student mobility-turnover rate

Mr. Morally Correct says, “Then the teachers (Mr. Morally Correct included me in his indictment), claimed they were justified because of self-esteem issues (implausible) and fear of losing their jobs. I find this excuse morally indefensible because every teacher working in a substandard school should have quit after discovering they could not educate students for whatever reason including the students’ refusal to learn.”

Well, Mr. Morally Correct, my response is that there wouldn’t be anyone teaching in the public schools, and when those teachers quit, they would be abandoning the 80% of the students that are succeeding and improving scores, which includes most White and Asian-American students and significant numbers of African-American and Hispanic/Latino students.

Mr. Morally Correct is saying is that if a teacher cannot be successful with “all” of his or her students, he or she should quit.

There is a reason why some students are not teachable, which I will provide more details of in Civil Disobedience and No Child Left Behind – Part 2 on September 1, 2011. 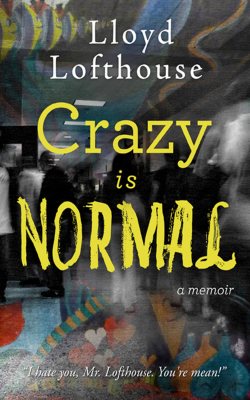