Ignored by the Common Core agenda—Making the link between poverty, nutrition and poor performance in school

Twelve weeks of supplementation with vitamins and minerals was found to boost the attention scores of children, according to results published in the British Journal of Nutrition.

“It is well known that adequate levels of vitamins, minerals and other nutrients are essential for optimal neural functioning. A significant percentage of individuals, including children, suffer from deficiencies in one or more vitamins or minerals. This study investigated whether daily supplementation with a multivitamin could alter cognitive performance and mood in healthy children.

“The randomized, double-blind, placebo-controlled study included 81 healthy children aged 8-14. The children were reportedly all healthy and free from food allergies. None of the children used other dietary supplements during the three months prior to the study. Participants were randomly assigned to daily multivitamin and mineral supplements or placebo for 12 weeks

“The children underwent laboratory assessments of their cognitive performance and mood pre-dose and at 1 and 3 h post-dose on the first and last days of the trial.  Assessments were also completed at home after 4 and 8 weeks at 3 hours post-dose. Cognitive performance was measured using a battery of laboratory assessments, which included tasks assessing mood and the speed and accuracy of attention and aspects of memory. The children in the vitamin/mineral group performed more accurately on two tests of attention. No effects were observed on measures of the children’s mood

“Although the results of this study require further investigation, it suggests that vitamin/mineral supplementation has the potential to improve brain function in healthy children.”

But what if the children are not healthy?

There’s this from the University of Wisconsin – Madison that makes the connection between poverty and early childhood brain development that causes poor performance in school—proving that the one size Common Core testing rank, fire and close public schools agenda promoted HEAVILY by the Bill and Melinda Gates and Walton family Foundations is even more flawed than we thought.

“Poverty may have direct implications for important, early steps in the development of the brain, saddling children of low-income families with slower rates of growth in two key brain structures, according to researchers from the University of Wisconsin–Madison.

“By age 4, children in families living with incomes under 200 percent of the federal poverty line have less gray matter—brain tissue critical for processing of information and execution of actions—than kids growing up in families with higher incomes.”

Someone please shout in President Obama’s ear that the one-size fits all Common Core agenda being forced on the country by Arne Duncan, Bill Gates, the Walton family and a few other billionaires and hedge fund managers, who want to profit off of are our children, is a total fraud. After you’re done shouting, give them a standardized bubble test to see what they learned. 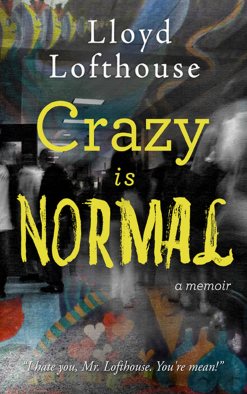