In 1965, China’s Mao Zedong launched a cultural war against the excesses of capitalism, and this was led by the people, the workers and their children, and the capitalists in China and anyone who was accused of supporting the lifestyle of the rich and famous was targeted leading to millions of suicides.

For the last few decades, millions of people in the United States have been victims of its own cultural war, but this one is the reverse of the one that was led by Mao in China. America’s cultural war is being led by a handful of billionaire oligarchs who are transforming American into a money making paradise for those who have the most wealth and power.

This morning I read a piece in the Huffington Post that reported Kansas welfare recipients will be unable to get more than $25 per day in benefits under a new law sent this week to Republican Gov. Sam Brownback’s desk by the state legislature. To make life worse for people who live in poverty, the state also issues that welfare in the form of a government-issued debit card and required that they take the money out of debit machines that charge 85 cents for each withdrawal after the first one in a month—a windfall for banks and whoever owns those ATM machines but less money to buy food. The number of Kansans receiving benefits has also declined from 38,000 in 2011 to 15,000 last year, state data show.

It is no secret that Republicans (GOP) have waged war on people who live in poverty for decades—and recently GOP representatives have blamed poverty on the poor. Many in the GOP hate Social Security, Medicare, Obamacare, unemployment insurance, food stamps, abortion, marijuana, women, and even sexual orientation.

In addition, the GOP and the Democrats also have no problem handing out money to private sector corporations. For instance, the U.S. auto industry, banks, and Wall Street firms. In fact, there are elements in both parties who are handing our children to corporate Charters supported by hedge fund billionaires, the Walton family and the Bill and Melinda Gates foundation so those few individuals grow wealthier off taxes that were originally intended to support the transparent, nonprofit, democratic public schools.

How much does the state and federal government give away to corporations? The answer is more than the country spends on food stamps for people living in poverty, who are far from being lazy, because Recent studies show that 49% of all food stamp participants are children (age 18 or younger), and about 50% of the adults have jobs that pay mostly poverty wages, and, in 2013, for instance, the average SNAP client received a monthly benefit of $133.07, and the average household received $274.98 monthly—compare that number with the money corporations are getting from their state and federal welfare programs.

The New York Times spent 10 months investigating business incentives awarded by hundreds of cities, counties and states. Since there is no nationwide accounting of these incentives, The Times put together a database and found that local governments give up $80.4 billion in incentives each year compared to about $75 billion in food stamps to people who live in poverty, so they have enough money to eat and not starve.

Don’t forget, when the GOP blames the poor for their poverty and cuts food stamps to families, as Arkansas is doing, the GOP is waging a war against almost 20 million children living in poverty who can’t work to feed themselves.

You might want to click on this link from the New York Times that leads to an interactive map and discover how much corporations are earning off federal and state welfare programs that tax payers are financing.

The Washington Post reports, “Republican states have pursued economic and fiscal strategies built around lower taxes, deeper spending cuts and less regulation. They have declined to set up state health-insurance exchanges to implement President Obama’s Affordable Care Act. They have clashed with labor unions. On social issues, they have moved to restrict abortion rights or to enact voter-identification laws, in the name of ballot integrity, that critics say hamper access to voting for the poor and minorities.”

The cultural revolution in China that took place between 1965–1976, and the one being waged in the United States today have one thing in come: the public schools and the teachers who taught in them were attacked in China back then (but not today—after Mao died in 1976, China, under new leadership, started rebuilding its public schools and supporting its teachers), because a transparent, non-profit, public education system where teachers have the freedom to express, without fear, what they think about current issues to the children they teach, who then talk to their parents, is a threat to the few who want to control the destructive cultural changes taking place in America, and it doesn’t matter if the cultural war is being led, for instance, by America’s Bill Gates, the Walton family, the Koch brothers or Mao Zedong in China. To drastically alter a culture, the few in power, who are behind the changes, must silence their critics and create an environment of punishment and fear, and this means silencing the teachers.

“The reasons for the deconstruction of the teaching profession is simple: teachers are too active in politics; they vote, they advocate, they are a potent political force if properly motivated. Three million teachers and their families, residing in every political precinct in the nation can elect representatives and senators and presidents.” – Ed In The Apple 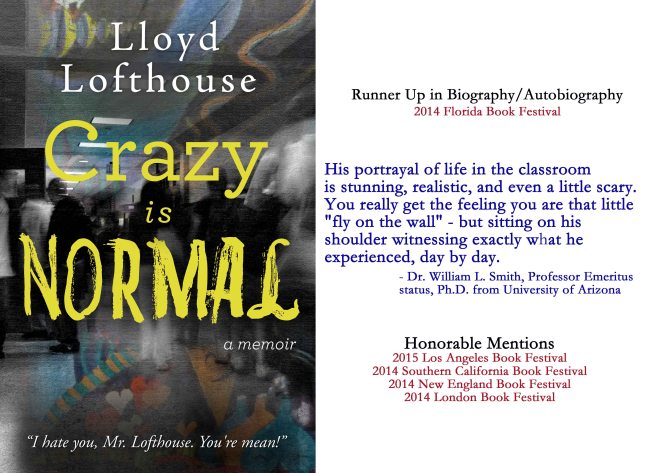 Posted by Lloyd Lofthouse on April 4, 2015 in child abuse, child poverty in the US, politics, propaganda and lies, teaching children who live in poverty