Answering a Challenge for “Full Disclosure” of My *Secret Funding*

Why hide behind the anonymous name of “SickOfYourNonsense”?

SickOfYourNonesene should be totally transparent and have the courage to reveal who they are and avoid alleged accusations without any valid and reputable evidence to support those unsupported claims.

On March 4, 2015, I wrote a post about a Louisiana teacher promoting the Common Core State Standards (CCSS) in the op/eds and who happens to be under contract with the Louisiana Department of Education (LDOE) as a paid “common core expert.”

The teacher did not disclose that she is being financially compensated specifically for promoting CCSS. 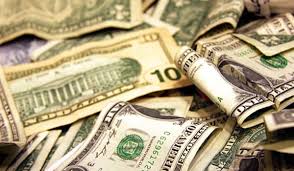 I took issue with both the compensation and the failure to disclose.

On March 6, 2015, I had a comment connected to the above post awaiting approval. It was written under the name, SickOfYourNonsense.

Here is what Sick had to say:

I think it’s time for full disclosure from you.

Who has been paying you under the table to keep our children tied to low standards and the worst curriculum in the nation,

Who has been paying you at all?

Setting aside the spitting-lizard tone of the above comment, allow me to…

Posted by Lloyd Lofthouse on March 18, 2015 in Uncategorized