Education Next is a journal that strongly promotes the privatization of public education based upon standardized-test-driven outcomes. The folks at EdNext really love charters and vouchers that drain *authentic* public schools of their funding all the while escaping the “accountability” so-called “reform” demands of those flunky, traditional public schools.

The EdNext editor-in-chief is Paul Peterson. He happens to be fond of charters, vouchers, and parent trigger laws.

In April 2014, Peterson and two others published a book entitled Teachers Versus the Public. That ought to tell you something about Peterson’s opinion of career classroom teachers. 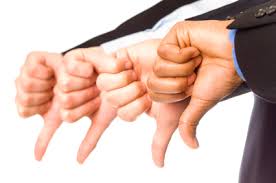 Ironically, it seems that the “public” has spoken: Peterson’s book is a dud.

That doesn’t mean he is finished pushing his privatizating, “blame the traditional teachers” message via his EdNext survey, which was begun in 2007– the year that George W…

Posted by Lloyd Lofthouse on August 26, 2014 in Uncategorized