The influence the average teacher has on a child’s education

Friday night our daughter came home from Stanford for the start of the spring break, and we ended up talking about what’s going on in the war between the Fake Ed Reformers and public education.

During our talk, it was obvious that someone or more than one person at Stanford got to her with the fake reformers message that incompetent teachers are the reason kids are not succeeding in school.

After sleeping on our conversation, I sent this e-mail to her.

There have been reputable, unbiased long term studies that have examined the impact an individual teacher has on a child’s education.  These studies prove without a doubt that the fake reformers—and that list includes Bill Gates—is wrong to burden teachers with 100% of the responsibility and blame for the fake reformer manufactured crises.

Bill Gates and the other Fake Ed Reformers are ignoring these studies when they blame and punish all four million+ teachers with their Draconian theories and junk science.

For instance, in 1966, there was a groundbreaking government study—the Coleman Report—that identified that the schools were only responsible for ‘one-third’ of a child’s achievement in school. “Two-thirds” came from outside factors—mostly the home environment and parental influence. The Coleman Report is still—today—the definitive study that explains variable factors that influence a child’s education.

Added Note not in the e-mail: Some of the studies done as part of a re-analysis of Coleman’s data at Harvard reached similar conclusions, suggesting that the best way to improve academic achievement was neither to integrate students nor to offer compensatory programs but, rather, to raise overall family income. … This conclusion became more and more established over time, but policies at the state and federal level nonetheless continued to focus primarily on narrow school-based reforms. (NYSEDgov)

In addition, I wrote: A more recent study focused on how much of an influence teachers have on the results of standardized tests.  This study was called The Reliability and Validity of Inferences About Teachers Based on Student Test Scores by Edward H. Haertel of Stanford University. This paper was presented at The National Press Club, Washington D.C. on March 22, 2013.

Scroll down to page five, Figure 1: How Much Variance in Student Test Score Gains is Due to Variation Among Teachers?

I went on: Let’s take that one pull quote of Haertel’s Stanford study and factor in the influence of a single teacher in a child’s education K – 12.  It is arguable that a child will have as many as 50 or more teachers in those thirteen years.  If we were to divide that 9% up among 50 teachers, that means—on average—each teacher’s influence on the results of a child’s education is 0.18%.

Yet, the Fake Ed Reformers—including Bill Gates—are putting all the responsibility of a child’s education on teachers and punishing every teacher and child with their Draconian methods of reforming education in the United states while ignoring all other factors.

And Bill Gates has spent about $2.3 Billion dollars promoting his agenda for the Common Core and the testing regime that will benefit Apple Computers and Pearson Publishing, for instance, with billions in profits. How is Bill Gates doing this: by spreading his money from the Gates Foundation far and wide to buy as much political support as possible—even corrupting the presidents of the teacher unions, Congress and the White House. One of the Hedge Fund billionaires even bribed PBS with $3.6 million to produce a report that was favorable to the fake reformers. When that news broke, PBS gave the money back to this Hedge Fund billionaire, but the report had already aired so it was too late to undo the damage to the public’s perception of this issue.

And the Fake Ed Reformers have been blaming teachers for so-called failures in public education (with no valid study to prove this crisis actually exists) for more than thirty years spending billions on PR and false ads. The Walton family started back in the 1970s with the voucher movement, and the Waltons have never stopped their bombardment of public education. They will do anything; say anything to achieve their agenda to privatize education in the United States taking it out of the hands of parents and the 13,600 democratically elected school boards that run the public schools.

To learn more, I suggest you read Diane Ravitch’s “Reign of Error“.  Another book to read by David C. Berliner, Gene V Glass, Associates is “50 Myths and Lies That Threaten America’s Public Schools: The Real Crisis in Education“. 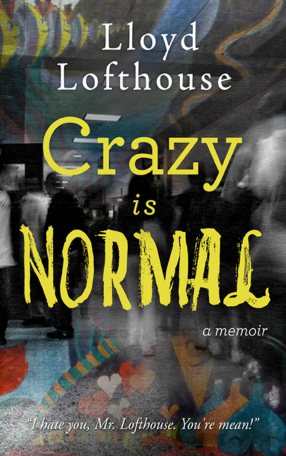