“Every child deserves a quality education and the opportunity to thrive.” – Congressman Mark DeSaulnier

This post is a copy of the letter I wrote to the Congressman.

One of your flyers arrived in our mailbox today.  The front said, “Every child deserved a quality education and the opportunity to thrive.” Your flyer than said, “Mark wants to hear from you.”

I opened the flier and read the five points you claim to fight for every day.

While I agree with your five points, what wasn’t there is why I have decided to stop supporting most it not all Democratic Party candidates. The GOP lost me when Reagan was governor of California. The Democrats are losing me because of the Obama administration, and its support of the corporate education reform movement that declared war on the public schools back with the fraudulent and flawed A Nation at Risk report that came out of the Reagan White House in 1983. Have you ever read the Sandia Report of 1990? If not, you should.

Too many democrats support opaque, for profit (no matter how you look at it) often fraudulent and inferior corporate Charter schools literally stealing money from community based, democratic, transparent public education.  For instance, Eli Broad wants to spend almost a half billion dollars to take over half of the children in the Los Angeles Unified School District and put them in the hands of often corrupt and autocratic corporate education deformers.

Where is your support for the community based democratic public schools? I didn’t see that in your flyer.

I was born into a family living in poverty. As a child I had severe dyslexia and also had a life threatening health challenge. Out of high school, I joined the U.S. Marines and ended up fighting in Vietnam. In 1968, I went to college on the GI Bill and five years later graduated with a BA in journalism—the first in my family to go to college and graduate.

Today, I’m the author of three award winning novels and one award winning memoir. My wife is Anchee Min, the author of two memoirs and six novels. Her first memoir was named a New York Times Notable Book of the Year and won the Carl Sandburg Award. One of her novels was a finalist for the British Book Awards. Many of her books have been national bestsellers, and her work has been translated into more than 30 languages and has sold more than a million copies in English alone. When we were dating back in 1999, she sat in my classroom to watch me teach, and she knows the challenge teachers really face to get all the children to make an effort to learn.

Yes, I agree that every child deserves a quality education and the public schools have always offered that opportunity for students who arrive ready to learn. Teachers teach but what they teach must be learned by the students, and the parents/guardians must support both the teachers and the children for learning to take place. Public school teachers cannot do the learning for the children.

Most if not all of the opaque, for-profit and nonprofit corporate Charters schools are not offering a quality education for EVERY child. The evidence is overwhelming that these charters are cherry picking students and suspending many at-risk students that need the most help until those children leave and hopefully return to the public schools that are now challenged to offer adequate resources to educate these children because frauds and charlatans like KIPP, the Success Academes in New York and the New Orleans Corporate Recovery School District are legally being allowed to rob from the poor/middle class and give to the wealthy.

I suggest strongly that you match your actions in Congress to what your flyer says and fight to fully fund and supportthe community based democratic public schools and close the door to psychopaths like Eva Moskowitz and Michele Rhee. You should also start reading Diane Ravitch’s Blog and her books in addition to my award winning “Crazy is Normal” teacher’s memoir to discover what it means to be a teacher. No more NCLB. No more RTTT. No more Common Core high stakes testing that ranks teachers, fires them and then closes public schools.

In the next presidential election, I plan to vote for the Green Party candidate for president unless I hear from the Democratic Party candidate that they support the public schools and offer the country a written pledge that they will resign from the office of president if they go back on their word. It is obvious that Hillary Clinton is not that candidate, because she has close ties to Eli Broad, who is waging an all-out war to destroy community based, transparent, democratic public education.  If this means the GOP takes the White House and both Houses of Congress, well, I’m 70 and only have a few years left. I’d hate to die knowing that the democracy I fought for in Vietnam is now an oligarchy ruled over by the Walton family, Koch brothers, Eli Broad and the Bill Gates cabal.

If you believe in the Republic of the United States and its democracy, then fight for it in Congress and prove what you think with your actions and not your words. If you fear the wealth of the oligarchs and the power that wealth buys, then what you do in Congress will reveal that too.

Have you read the January 15, 2013 Stanford Report on U.S. student performance?  If you haven’t you should.

PS: Our daughter graduated from Stanford in June 2014, and she attended California public schools k – 12.  I told her when she was in third grade that learning was her responsibly and not her teachers. Her teachers were responsible to teach, and if she didn’t learn, even from incompetent teachers, it was her fault and not the teachers. When she was in her second year at Stanford, I asked her how many of the almost 50 public school teachers she had k – 12 had been incompetent. She thought about it and eventually said TWO. The five public school districts she attended k – 12 did their job and she did hers. I think that anyone who blames public school teachers for children who don’t learn is fools and/or frauds.

If you honestly love the United States and what it is supposed to stand for, please share copies of this letter with the members of both Houses of Congress.

HEY, LET’S BLAME IT ON THE TEACHERS AS USUAL 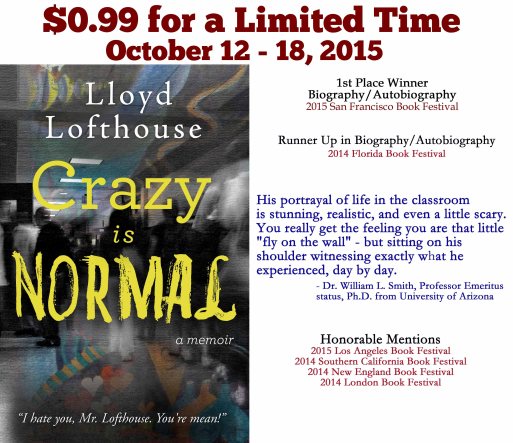