Measuring the Success or Failure of Public Education in the United States through Literacy: Part 1 of 3

There are many ways to measure the success or failure of public education in the United States, and one way is to compare functional Illiteracy in the United States to similar English speaking countries and Mexico, because culture plays an important role in children’s attitude toward education and literacy.

It’s arguable that the four MOST similar countries/cultures in the world, when compared to the United States, are Canada, Australia, New Zealand, and the United Kingdom, because they share an Anglo Saxon heritage, culture, and the same language. In addition, almost 80% of the U.S. population is white alone (in 2013, 77.7% were white), and the more than 13% who are African American, who have been in the U.S. for several generations, due to slavery, are no longer linked to an African cultural heritage. If you doubt that, consider that 78% of African Americans are Protestants and 5% are Catholics and—forced—immigration from Africa stopped and/or slowed drastically after the Civil War in 1865. What this means is that African Americans with roots that reach back 150 years or more are culturally American. If interested in this topic, I suggest you read a study out of Yale: African vs. African-American: a shared complexion does not guarantee racial solidarity

The United Nations defines illiteracy as the inability to read and write a simple sentence in any language, and it’s arguable that English is one of the most difficult languages to learn—if not the most difficult—if it is your second language. To understand this, I suggest you read 10 Reasons Why English is a Hard Language

The BBC asked, How many hours does it take to be fluent in English?

Huan Japes, deputy chief executive of English UK, a trade body for language colleges, says a rule of thumb is 360 hours—120 hours for each of three stages—to get to the standard the government expects benefit claimants to reach. …

Dr Elaine Boyd, head of English language at Trinity College London, says, “If someone is really highly motivated, they can learn really quickly. It’s common for children under the age of 11 to be very immersed and be fluent in about six months.” …

Philida Schellekens, a language consultant, says that when she researched English language learning in Australia a decade ago the figure of 1,765 hours was used. That could mean four years of classes. It signifies the standard needed to do a clerical job in an office.

In English Spelling Confuses Everyone, Professor Julius Nyikos, a linguistics expert born and raised in Hungary, learned numerous languages in his elementary school, high school, and university training. He came to the US in 1949 and, after a few years of studying English, was able to continue his profession as a linguist that he began in Europe. He spent many years as a professor at Washington & Jefferson College in Pennsylvania studying the languages of the world. In his scholarly article for the 1987 Linguistics Association of Canada and the United States Forum, titled “A Linguistic Perspective of Functional Illiteracy,” he made the statement, “It would be both ludicrous and tragic if it took lawsuits to jolt us into the realization that neither the teachers, nor the schools should be faulted as much as our orthography [spelling], which is incomparably more intricate than that of any other language (emphasis added). If English is not the absolute worst alphabetic spelling in the world, it is certainly among the most illogical, inconsistent, and confusing. This is due to the developmental history of the present.” 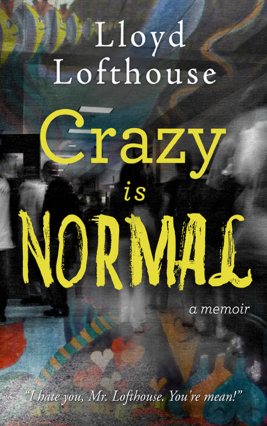