RSS
← Previous Post
Not a Pedophile by a Long Shot →

There may even be a benefit for an older man or woman to marry a younger person.

For three examples of famous relationships that have survived the test of time, there is Woody Allen, Celine Dion and Rupert Murdoch.

In 1991, when Allen’s relationship with Soon-Ye started, she was 21 and he was 56, and they are still married even with a 35 year age difference.

Woody Allen and Mia Farrow, who adopted Soon-Ye, had a son outside of marriage, and Ronan Seamus Farrow said of his biological father, “He’s my father married to my sister. That makes me his son and his brother-in-law. That is such a moral transgression. I cannot see him. I cannot have a relationship with my father and be morally consistent… I lived with all these adopted children, so they are my family. To say Soon-Yi was not my sister is an insult to all adopted children.”

Then there is Celine Dion (born 1968), who married René Angélil (born 1942), her manager—a twenty-six year difference.

By all accounts, these marriages are doing well even with the age disparity and when a relationship doesn’t work out, there is always divorce, but a “UK study showed that while marriages between older men and younger women were more predominant in 1963, overall numbers have increased, including the number of marriages between older women and younger men. Although divorce rates continue to rise in the UK, divorce rates among married couples with an age difference do not show a disproportionate increase.”  Source: eHow.com, divorce rates age differences.

However, how can a relationship such as the one between James Hooker and Jordan Powers stand a chance when there is so much media attention and public pressure condemning this couple? When love is true, it transcends age.  When it is false, it doesn’t matter what the age is of the man and woman involved.

Internet and Psychiatry says, “An interesting study by German experts revealed that men who marry younger women enhance their chances of longevity, and those who tie the knot with older women meet a premature death. The analysis was carried by a research group at Max Planck Institute for Demographic Research in Rostock, Germany. The researchers looked at the deaths of the entire population of Denmark between 1990 and 2005. Danish men who marry women much younger than them live longer.

According to research, if a man marries a woman 15 and 17 years his junior, his chances of dying early are cut by one fifth. Also, it suggests that men cut the risk of premature death by 11 percent if their wives are seven to nine years younger. Another aspect highlighted by the study was that men who opted for older wives have an 11 percent higher chance of dying earlier. 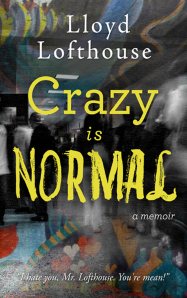 ← Previous Post
Not a Pedophile by a Long Shot →