I have more to share from the Costco Connection. This time it is the Cover Story by Steve Fisher in the May 2011 issue, about pro-active professional athletes making a positive impact for individuals and education proving once again if the will is there, students will learn and succeed.

I must have taught more than 6,000 students during the thirty years I was in the classroom, and it is a fact that in every class there were willing students that wanted to learn and did.  The students that earned A’s, B’s and C’s were not the exception—they just applied themselves.

What made the difference in students that listened, read, asked questions, took part in discussions and worked was someone that instilled at an early age the importance of an education.

Unfortunately, students that disrupted the learning environment and/or did not study or do the work outnumbered those that cooperated.

However, according to many American politicos and even US Presidents, failures in the American public education system is due to bad teaching.

In fact, the real reason is that there are about three million public school teachers in the US compared to more than sixty million parents. Why tell the truth and lose the votes of parents, which outnumber the votes of teachers?

When I Googled “How many bad teachers are there?” 45 million hits came back. Most that I looked at were opinions, but I discovered the results from one reputable study that said, “fewer than 1% of teachers are rated unsatisfactory”. Source: Ed Policy Thoughts.com

I then learned there are about 3.2 million public school teachers in the US (K to 12), which means about 32,000 teachers are doing an unsatisfactory job with more than three million doing a good job with students that cooperate.

If a few bad teachers are the problem, whom do we give credit to for the successes? Alan Page, Edgar Martinez, or Oprah Winfrey are a few besides the more than 3 million public school teachers doing an adequate or outstanding job with students that cooperate.

I will share more about what I learned from the Costco Connection in addition to what I have learned Oprah Winfrey has done for education in Part 2.

Continued on June 1, 2011 in Making Positive Impacts on Education – Part 2 or discover Costco Connection’s “Is College Worth It?” 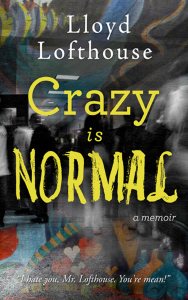