RSS
← Why the public school in the United States are NOT FAILING!
Open Letter to Teachers Unions, Professional Organizations, and Teacher Education →

Listening to Anthony Cody talk about The Educator and the Oligarch

The Oligarch is Bill Gates. The Educator is Anthony Cody, who has gone toe-to-toe with the Gates Foundation in private conversations and publicly for several years. Cody’s book, The Educator and the Oligarch, covers what he has learned while in the trenches battling a billionaire and his vast, entrenched organization, and the book is worth reading.

Do I NEED to repeat that?

At 4:05, I walked into the Laurel Book Store in Oakland, California to hear Anthony Cody, who started talking soon after I sat down, and by then it was standing room only.

Cody has been in the fight to save democratic public education much longer than I have, and his knowledge of the issue is deeper. Back in the mid 1980’s, I started suspecting that there might be a plot to destroy the public schools—it was just a feeling I had due to the crazy and insane things that teachers were being forced to do that made no sense.

Thinking I was cooking up a conspiracy theory, I went into denial mode and continued teaching and dodging bullets from those imagined ghosts until I retired in 2005 after thirty years in the classroom. Then in November 2013, my wife came home and told me she’d heard Diane Ravtich on NPR talking about her book “Reign of Error,” and I read the book and discovered my suspicions had been true all along—but like cancer this plot has branched out and taken on a malignant life of its own and it’s spreading into every element of public education in the United States in addition to corrupting our democratic government—thanks in large part to Bill Gates.

Listening to Cody late this afternoon, I learned how Bill Gates always gets what he wants—he buys everyone and everything he can, and he has dedicated between $5 to $7 billion dollars to destroy America’s democratic public education system and rebuild it into what HE thinks it should be.

I didn’t raise my hand until the end of Cody’s talk, and after several others had asked questions and shared their thinking. It was obvious that there was a lot of passion in the room among parents and teachers.

Then I had my say—not knowing that I was going to be attacked, not by Cody, but by another person in the audience. I said that we had to stop measuring children and focus on the children who needed the most help: children from dysfunctional homes and who lived in poverty. I mentioned that France had launched a national early childhood education program managed by its own public schools in the 1970’s, and thirty years later, the French poverty rate had dropped more than 50%.

When I finished talking—one loud person—grabbed the crowd’s attention and attacked me for blaming dysfunctional parents for at risk children who were difficult to teach. She said that it wasn’t the parent’s fault their children were not succeeding. I didn’t respond to her attack maybe because I’m severely dyslexic and it takes me time to think before I open my mouth. It’s so much easier to write, revise, edit and wait a few days and then revise some more. I had no desire to get into a heated shouting match with this stranger.

When the event ended and the crowd moved from the event area into the bookstore, several people came up to me and offered support. They all agreed that I had never blamed dysfunctional parents for the problems in classrooms caused by at-risk and difficult to teach children.

I replied that dysfunctional parents can’t be blamed when their children are not learning in school, because my parents were dysfunctional—who both dropped out of high school when they were fourteen—because I was born to poverty; because when I was six or seven, my mother was told I would never learn to read, but she taught me anyway after failing to teach my older brother 12 years earlier. My brother died at age 64 illiterate and he left behind several of his own adult children who are still illiterate. My father was a gambler and an alcoholic. If he wasn’t drinking, he was a wonderful, gentle man. My brother spent about 15 years of his life in prison. He was also an alcoholic, a sometime drug user, and a heavy smoker. Like our parents, he also never had the tools to raise children who easily learned in school.

If my family wasn’t dysfunctional, I don’t know what is.

If you ask someone to fix your car who doesn’t know how to use the tools, do we blame that person for not fixing the car? Dysfunctional parents—like my parents—did not have the parenting tools to raise children that were ready to learn, and I wasn’t ready to learn until I was in my early twenties after serving several years in the U.S. Marines and fighting in Vietnam.

It was dark out when I left the bookstore and started the long ride home on BART, and it was a long ride. The BART train was delayed several times sitting at stations because of some problem down the line. What should have been a 25-minute ride stretched to about one-and-a-half hours, and this turned out to be a good thing, because the wait provided time for me to read to Chapter 4 in Cody’s book, and discover just how involved Bill Gates is in HIS own goal to destroy our democratic public schools, and replace those schools with what HE wants.  For instance, if Gates was cutting open our bodies and reaching inside to do surgery to save our lives HIS way, he’d have our blood all the way to his shoulders, smeared on his face and drenching his clothing down to his shoes as he pulled out one organ after another and threw them over his shoulder to the filthy floor.

Bill Gates has bought—bribed would be more appropriate—the media, nonprofits, and institutions for education, state governments, the Department of Education, and the White House. At the moment, Bill Gates is the unelected emperor of the United States, and if he achieves HIS goals with our schools, our democracy and our freedom will be gone too.

It’s getting late. If this needs editing, I’ll fix it tomorrow. Right now, I want to publish this post, brush my teeth and relax by watching the last of the 3rd season of The Tudors . I think I see a lot of similarities between Emperor Bill Gates and England’s King Henry 8, but Bill Gates isn’t beheading wives. He is beheading teachers, children—and our democracy. 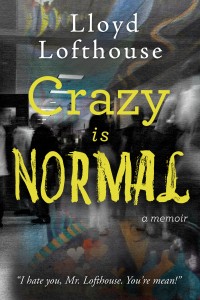 ← Why the public school in the United States are NOT FAILING!
Open Letter to Teachers Unions, Professional Organizations, and Teacher Education →